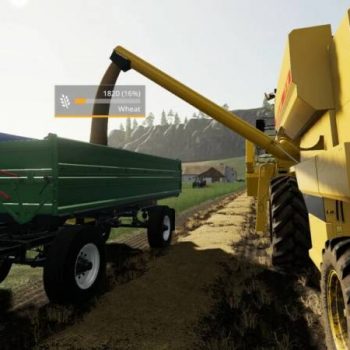 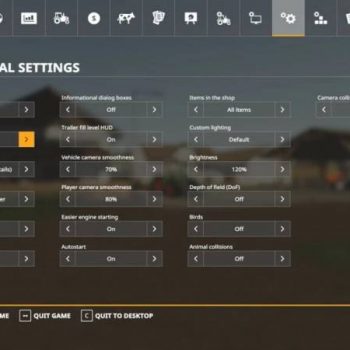 Description:
This modification adds a new tab with settings to the pause menu.

Changelog 1.1.0.0:
– added the option to change the clock position,
– added option to exit the game directly to the desktop,
– added a new trailer fill indicator,
– added a fill indicator to manure spreaders,
– the restart game option has been removed,
– the function of hiding objects in the store has been improved, now only categories containing items from the modification/DLC are visible,
– the function of hiding dialog boxes has been improved,
– the crosshair hiding function has been improved (the crosshair is visible if it is in “partial mode” and the player is in the simpleIC trigger range),
– fixed bug with incorrect display of month name in some language versions of the game,
– fixed bug in multiplayer with “easier engine starting” function